Almost 11 years have passed since bitcoin was first used as a currency to buy something and started its journey in becoming a recognised medium of exchange.

What is Bitcoin Pizza Day? 🍕

The story of 'Bitcoin Pizza Day' starts on May 18, 2010, where a user of the bitcointalk forum 'laszlo' (real name Laszlo Hanyecz, a developer and Florida resident) posted his bid for two pizzas in exchange for some bitcoins:

Nowadays, you can buy almost anything with bitcoin. But at the time of Lazslo's post, bitcoin was nothing more than a digital collectible, each coin was worth less than a penny and the cryptocurrency had only started trading on the New Liberty Standard about six months prior.

By May 22, 2010, another bitcointalk user 'Jercos' (aka Jeremy Sturdivant) took up Laszlo Hanyecz's request by wiring the money to pay for the pizzas, and then receiving the coins from Laszlo as payment. Laszlo's offer of 10,000 BTC was worth about $60 in May 2010, but these coins are now valued at an eye-watering $549 million!

With the bitcoin order in the bag and pizzas delivered, Laszlo then posted pictures of his purchase to mark the first time the cryptocurrency bitcoin was used to pay for real-world goods: 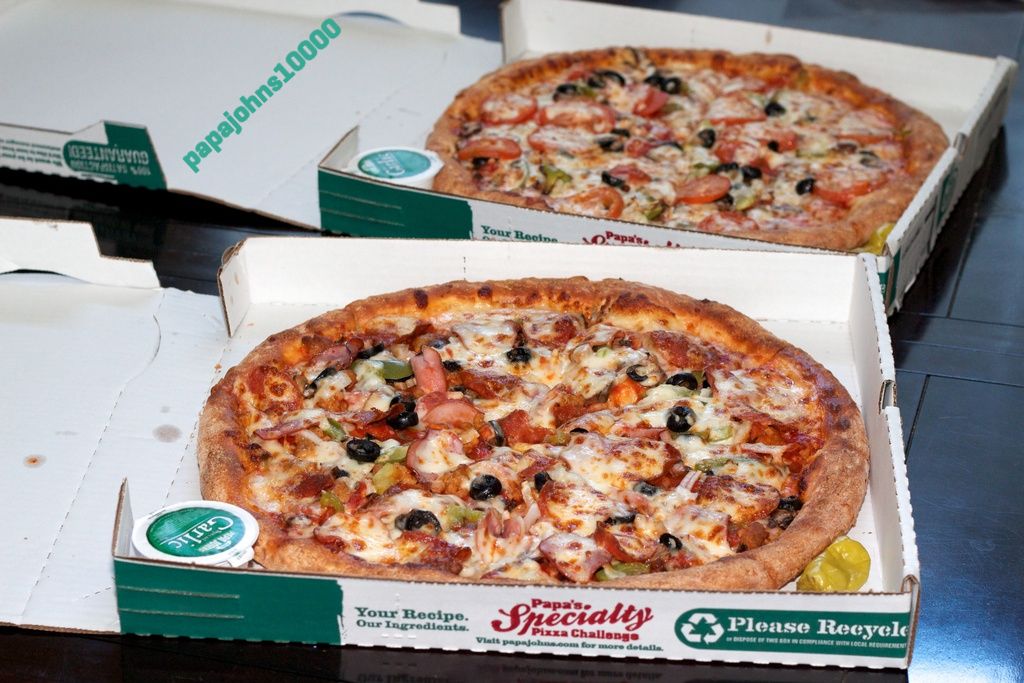 The historic bitcoin transaction will forever remain on the blockchain, and you can see it for yourself using a block explorer such as blockchain.com:

May 22nd has been celebrated as Bitcoin Pizza Day ever since. The Papa John's restaurant in Jacksonville, Florida even has a plaque commemorating the event, which was donated by a local meetup group:

There's even a Twitter account that tracks how much the 10,000 BTC paid for those pizzas would be worth:

But Lazslo doesn't regret the purchase, as he told the New York Times, "It wasn’t like Bitcoins had any value back then, so the idea of trading them for a pizza was incredibly cool." After all, someone had to spend bitcoins for it to take off and start being taken seriously as a currency. And it may as well have been Lazslo, who was known to be an early Bitcoin miner.

On February 24, 2018, Lazslo made history again and repeated the pizza purchase, but this time using the Lightning Network (or just Lightning for short). Lightning, which was launched in January 2018, is a second layer built on top of Bitcoin to help scale the network and enable it to handle more transactions.

Laszlo paid just 0.00649 BTC for two pizzas this time (about $67) with a tiny transaction cost of $0.06 and explained how the process worked on the Lightning-dev mailing list:

Bitcoin has come a long way since May 2010, achieving greater merchant adoption and attracting more users than ever. While we've seen the average transaction fee spike to around $60 as the price of bitcoin has jumped to new highs, the Lightning Network can reduce transaction costs and allow you to purchase low-value items (like pizzas!).

In fact, you can buy pizza with bitcoin using Lightning-enabled services such as Lightning Pizza (ln.pizza) in America. Or if you're in Europe, you can use BitRefill's service to buy a JustEat or Uber Eats gift card to order a pizza!

Anyone who has been involved in cryptocurrency long enough has their own version of the 'bitcoin pizza' story - an item that they exchanged for bitcoin and would now be an extraordinary sum of money because of the massive price increase over the years.

So if you decide to buy some pizzas with bitcoin on May 22nd to celebrate 'Bitcoin Pizza Day', we'd recommended replacing whatever coins that are spent so you don't end up regretting the purchase because of any missed gains!