Happy New Year! 2022 was a massive year for us at Rollbit, and we are looking forward to what we can achieve this year!

Rollbit's latest rewards iteration includes a Rewards Calendar where rewards will be split up and can be claimed over a period of time. I am going to break down those time frames and how the calendar works!‌‌

Each day, at midnight, 8am and 4pm UTC, users will be able to claim their Rewards Calendar. If they choose, they can claim all 3 of the rewards at the end of the day. ‌‌Upon each claim of the calendar, users will receive 1 hour of +15% Rakeboost, which acts as rakeback and gives users a % of the house edge back! An example would be placing $100 on X-Roulette which has a 5% house edge, the user would receive $0.75 in Rakeboost! 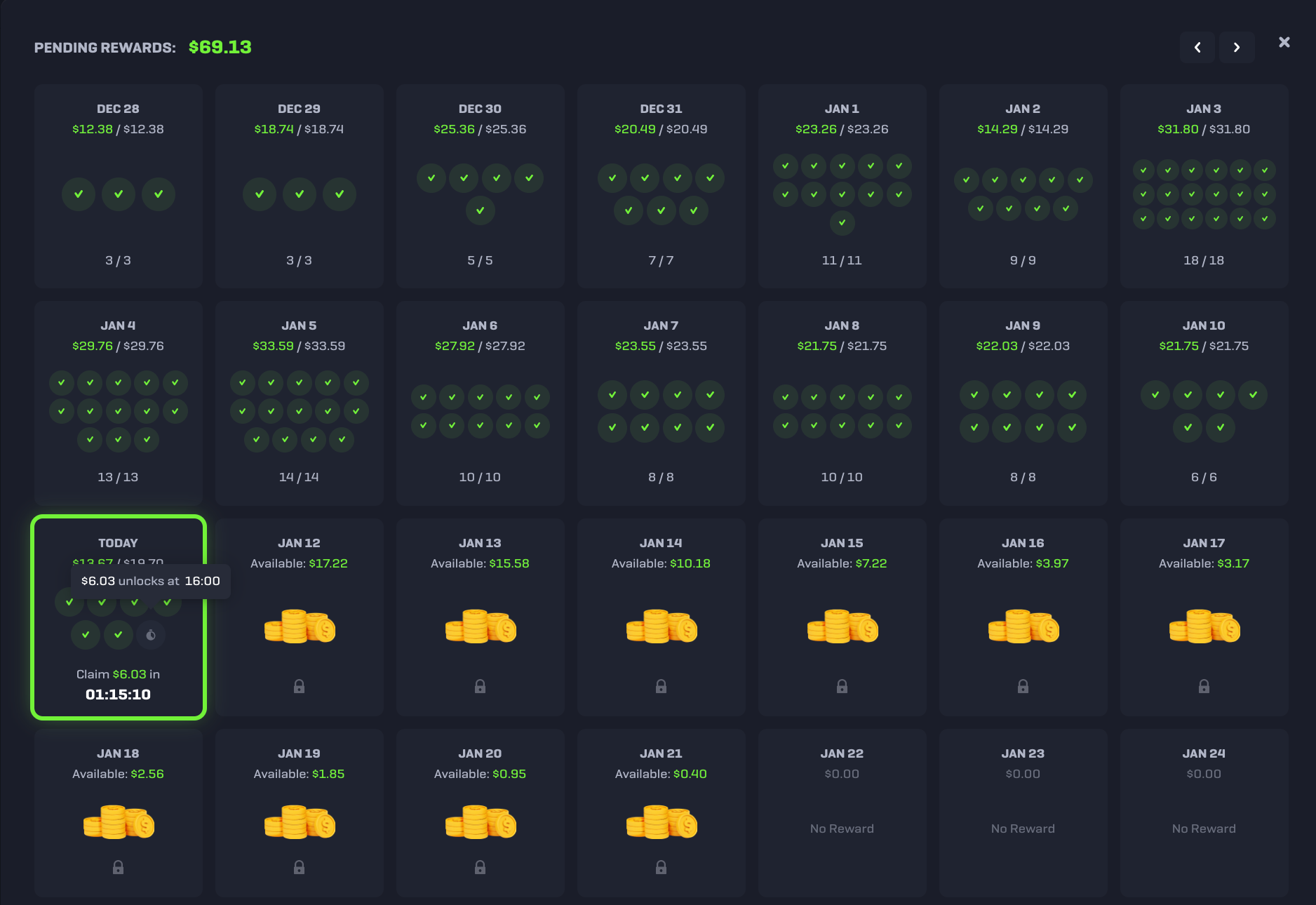 Here's what the Rewards Calendar looks like! Users are able to hover over each checkmark and see how much they received at that time. The "pending rewards" outlines how much the user has waiting to be claimed!

🤯
Fun Fact: Since the Rewards Calendar was launched, Rollbit has more than doubled their active playerbase!

I will be outlining all of the different types of rewards that Rollbit offers, as well as how users can claim them!

Rakeback is a reward credited to users based on the house edge of the games they are playing. Rollbit offers 5% Rakeback on all bets, and this can be claimed every 30 minutes via the rewards page or dropdown. When claiming Rakeback, 50% of the amount is credited to the user's balance immediately, with 50% being credited to the Rewards Calendar split over 3 days!

Every 24 hours, users are able to claim a Daily Bonus. This Daily Bonus is based on their past 24 hours of wagering, their profit and loss, and also the games they play. If a user doesn't claim their bonus, it's claim will be based on up to the last 72 hours since the previous claim. Anything from before this 72 hour period will be lost. The Daily Bonus was recently buffed and now accounts for a large chunk of a users rewards!
When claiming the Daily Bonus, 20% of the reward will be credited to the user's balance immediately, with 80% being added to the Rewards Calendar split over 7 days.

Rank-Up Bonuses are rewards given when users reach certain milestones of total wagered amount on Rollbit. Each bonus is based off the individuals Profit and Loss, and the difference in wager from the previous rank. As users work their way up to the higher ranks, their rank-up rewards will increase!

When claiming the Rank-Up Bonus, 20% of the reward will be credited to the user's balance immediately, with 80% being added to the Rewards Calendar split over 21 days.

Rollbit's latest rewards iteration sees the implementation of Weekly Bonuses! A fan favourite in the Crypto Casino industry, and something we are sure our players will love!

The Weekly Bonus is a personalised bonus based on your recent activity on Rollbit. One of the main factors is your recent P&L, and lossback is included within your Weekly Bonus. You can add a Weekly Bonus to your calendar once every 7 days.

We aim to release these bonuses every weekend

Upon claiming the Weekly Bonus, 20% will be credited to your balance immediately, with 80% being added to the Rewards Calendar split over 7 days!

We aim to release the Monthly Bonus bonus at the start of each month!

Upon claiming the Monthly bonus, 20% will be credited to your balance immediately, with 80% being added to the Rewards Calendar split over 30 days!

Rollback is the same as Rakeback; it is a reward credited to users based on the house edge of the games they are playing.
Rollback is one of the utilities of Rollbit's first NFT collection, Rollbots. Each Rollbot offers up to 10% Rollback. Users need to 'link' their Rollbot to their profile in order to activate the Rollback utility. Learn more about Rollback here.

Rollback can be claimed every 30 minutes, and upon claiming, 50% is added to the users balance immediately, with the other 50% being added to the Rewards Calendar split over 3 days! 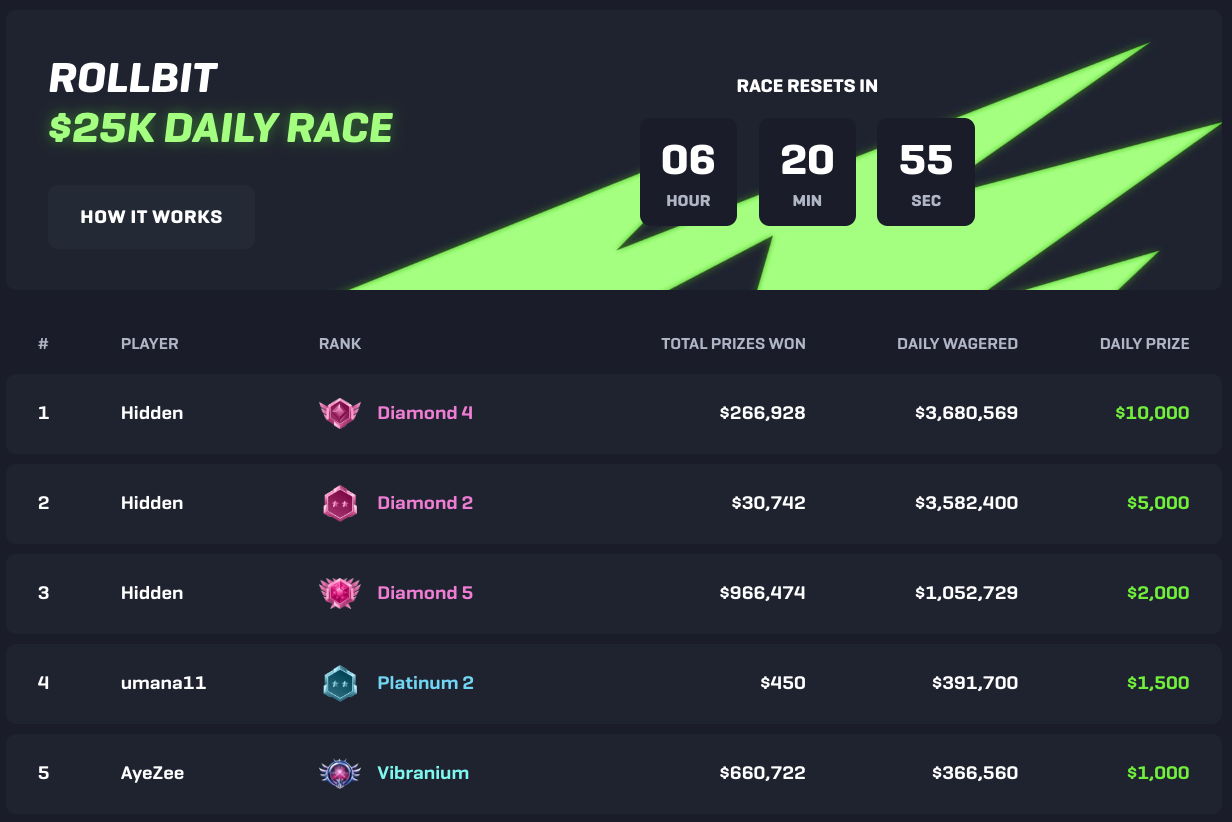 This reward can be claimed on the Rewards page. Upon being claimed, 20% of the prize will be credited to the users balance immediately, with 80% being added to the Rewards Calendar split over 14 days! 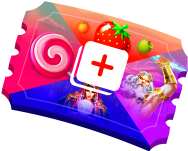 Sidebets are one of Rollbit's newest and most innovative features, allowing players to bet on the outcome of a slot spin for the first time ever!

Players can bet on whether the outcome will be above or below a set multiplier. Should the Sidebet be successful, the user receives the profit that the Sidebet pays!

We plan on giving out more free Sidebets on a regular basis!
Check out all the Sidebet-supported slots here.

How to claim your rewards:
There are 2 methods to claim the rewards. Users can either simply use the dropdown at the top left of the screen on Rollbit, or can see a full dashboard here.

Have any questions?
- Join the Rollbit Discord