Visa announced on Wednesday that it is collaborating with more than 50 cryptocurrency firms to let their customers spend and convert cryptocurrencies through its card program. That means you'll soon be able to spend cryptocurrencies with 70 million merchants globally even if they do not accept digital assets.

Cuy Sheffield, Visa's head of cryptocurrency, explained, "It will be the same as any other Visa transaction to them. But on the backend, the crypto assets are instantly converted into fiat."

The payment processor saw more than $1 billion spent via cryptocurrency-linked cards in the first six months of 2021 and the latest move bridging the traditional world of finance with the cryptocurrency ecosystem will no doubt see this figure rise even further.

International auction house Sotheby's is due to auction a 101-carat diamond on Friday, with bids accepted in Bitcoin and Ethereum. The precious gem could be the most expensive physical object to be sold for cryptocurrencies. A greater number of auction houses have begun accepting cryptocurrencies, such as Christie's which adopted Ethereum as a payment method back in February.

The most anticipated of these proposals is EIP-1559, which will make Ethereum's gas fees more predictable, improve the user experience and transaction fees will be burned instead of being given to miners. 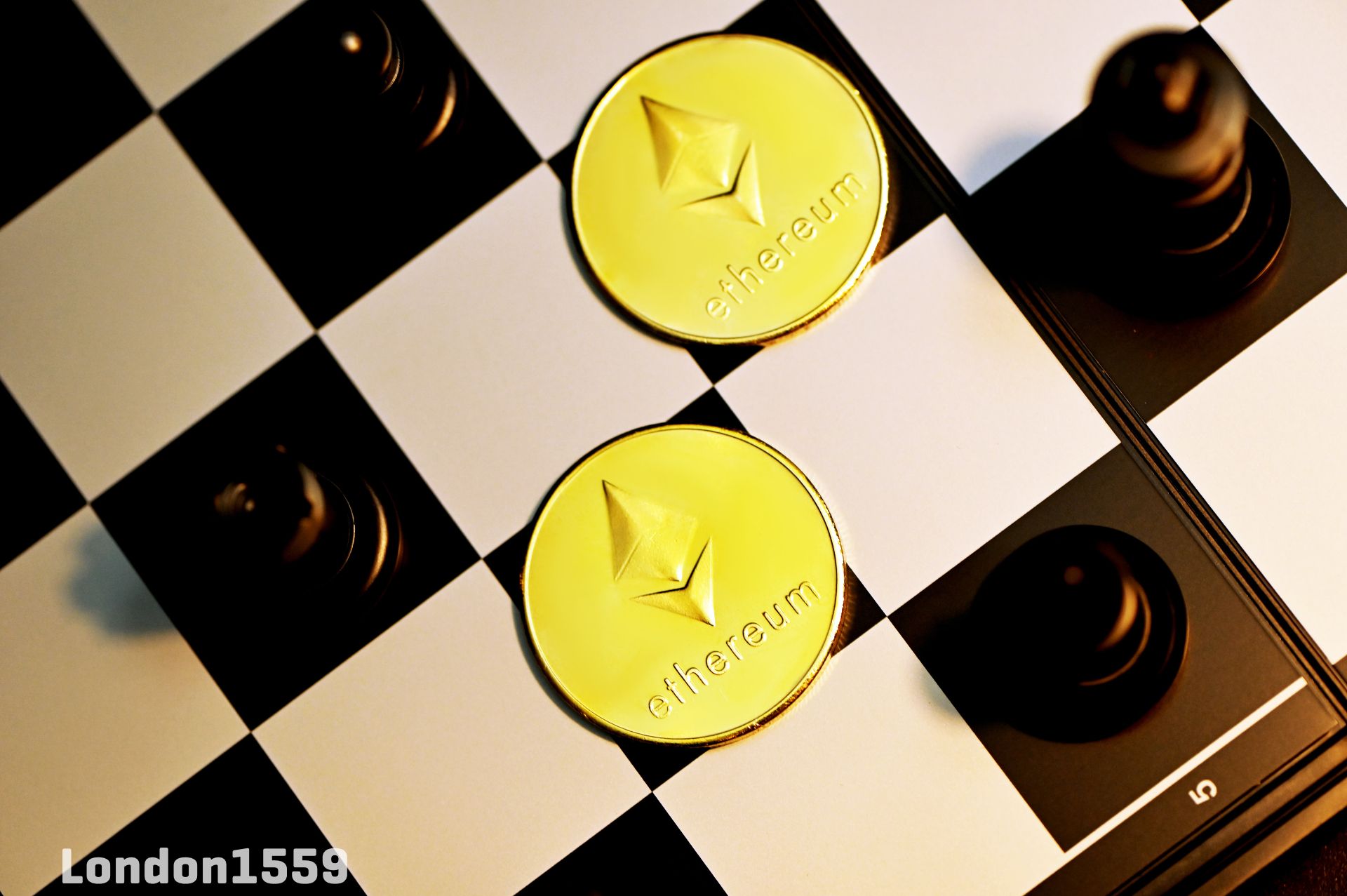 EIP-1559 is expected to make Etheruem less inflationary and improve the case for investing in the native token ETH. However, miner revenue is likely decrease as transaction fees begin to be burned.

You can learn more about Aave Pro in the webinar below:

The prices of AXS and SAND reached fresh all-time highs against both Bitcoin and the US Dollar over July 7th-8th. The two cryptocurrencies are linked to the NFT projects Axie Infinity and the Sandbox respectively, which are both blockchain-based games that have a metaverse element.

Index Coop tweeted on Wednesday that the Metaverse Index, which allows users to gain exposure to Metaverse projects such as Axie Infinity and the Sandbox, was up almost +50% on the week. The rising value of the index was largely driven by appreciation in the AXS and SAND tokens. The AXS and SAND tokens have gained +278% and +46.7% respectively over the past 30 days.

Check out our article on the best Ethereum wallets to learn more about Argent, a smart contract wallet that incorporates Index Coop's indices, the DeFi Pulse Index (DPI) and Metaverse Index (MVI).

On Thursday, the gaming metaverse announced a partnership with 'The Walking Dead' allowing players to create and share their own, user-generated new adventures featuring characters from the Zombie-themed show.

The price of Bitcoin (BTC) has remained flat over the past 7 days, falling by 0.20% and currently trading near $33,600. The market failed to sustain above June 21st's high of $35,746, which suggests a short-term bearish outlook for the leading cryptocurrency. If Bitcoin can retake this level, then an advance towards $40,000 is more likely. 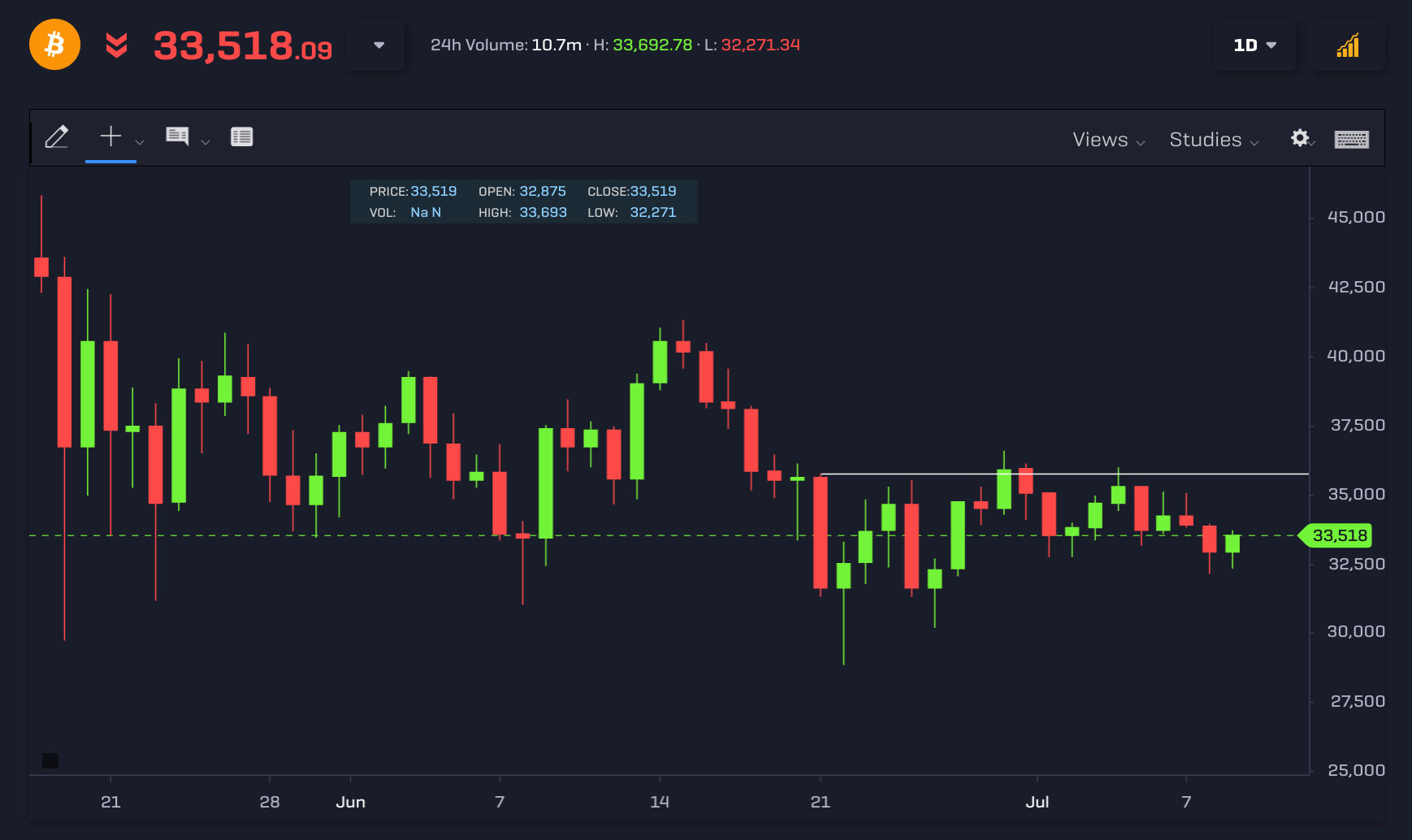 On the hourly chart, we can see there's a Rising Wedge pattern which also suggests a short-term bearish outlook. If the price breaks below the lower channel, then we could see further downside and another attempt at taking out the $32,000 level. 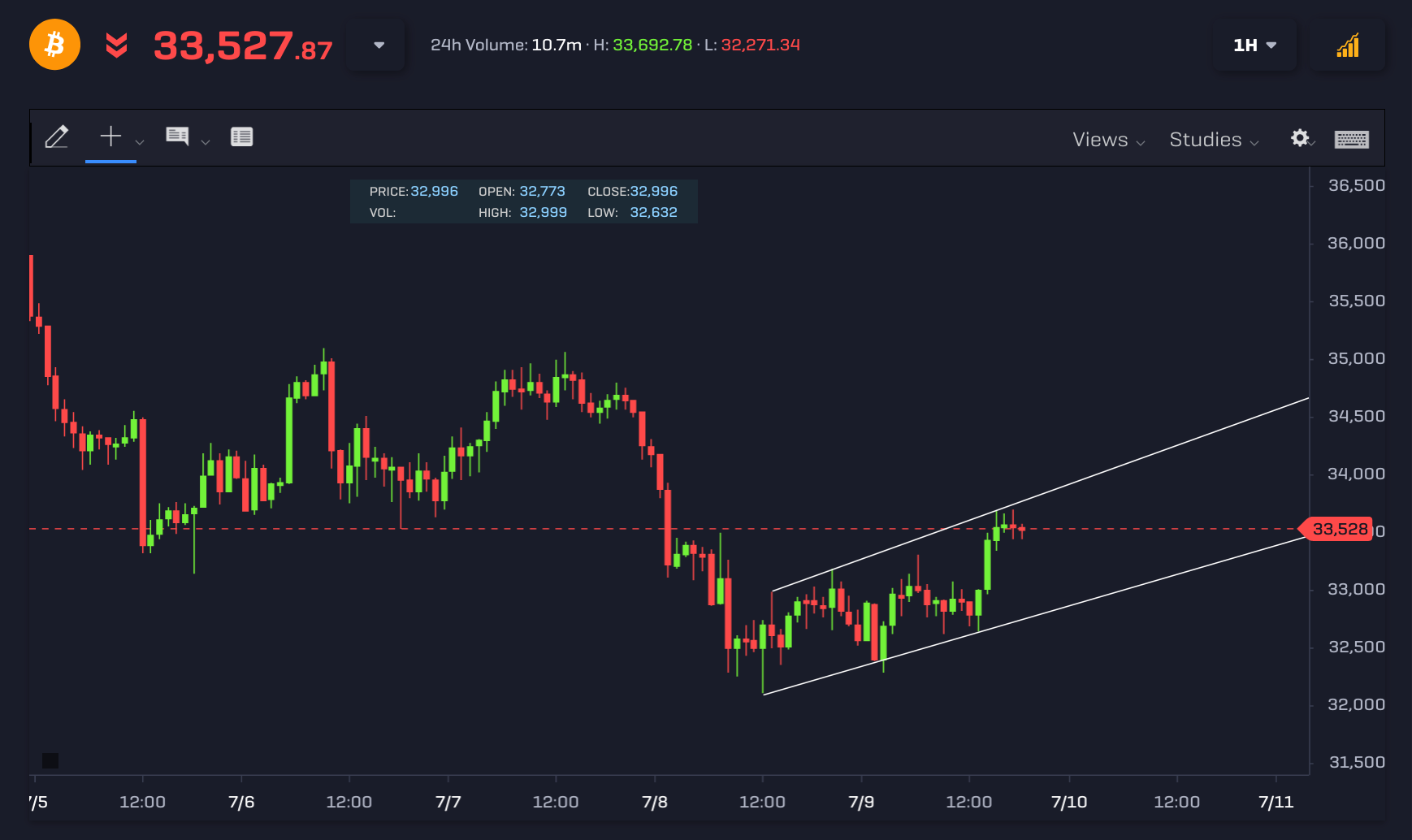 Binance Coin (BNB) outperformed most large-cap cryptocurrencies over the past week, with the price increasing by +9.10%. Ethereum (ETH) posted a slight gain over the past 7 days with a +2.2% rise. However, other altcoins such as DOGE, LTC and XRP are down on the week by -10.7%, -2.5%, and -3.9% respectively.

Ethereum's 200-day moving average is currently just above $2,000, with the price action on Friday reversing after nearly touching this price, suggesting strong buying interest around this psychological level. 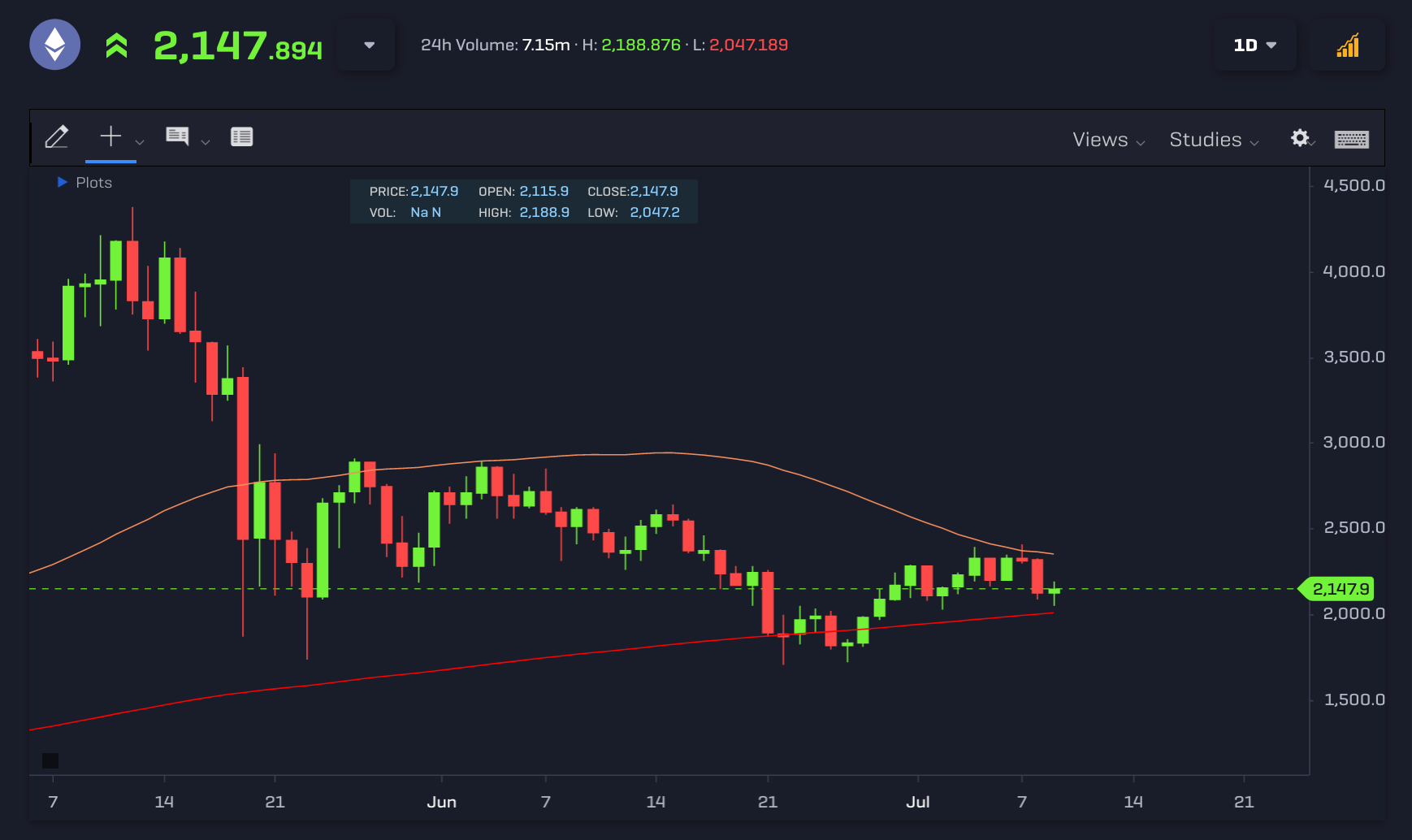