At block number 12,965,000, Ethereum saw the most significant change yet to its fee market and to the supply dynamics of the native ETH token.

The user experience of transacting on the Ethereum network is about to become a lot better with the activation of EIP-1559, which will burn the gas fees instead of paying miners and make the fees more predictable from block to block. As part of the London hard fork upgrade on August 5th, EIP-1559 is just one change to Ethereum's protocol.

EIP is short for Ethereum Improvement Proposal. Since Ethereum is an open source project, anyone can submit a proposal and gather the community's consensus to make such a change to the protocol. However, there could also be minor improvements or bug fixes that are submitted as EIPs that are adopted much quicker.

Ethereum fees are also known as gas, which is required to transact or interact with decentralised applications. Gas prices are denominated in Gwei (equal to 0.000000001 ETH). The more complex a smart contract is, the more gas is required to execute it, so gas can be thought of as the computational effort of some operation on the Ethereum blockchain.

The transaction fee market on Ethereum operates like an auction, similar to Bitcoin’s fee market. Everyone who is sending ETH puts their bid forward to miners to include their transaction in the next block. Users may outbid each other and pay higher gas prices to get their transactions confirmed quicker. If herd mentality kicks in, suddenly the fee to get a transaction accepted may rise rapidly.

In this visualisation each transaction is represented by a person. Each person joins a queue to hop on a bus, where each bus represents a block to be added to the Ethereum chain. Source: TxStreet.

Depending on demand, the suggested gas fees to get into the next block may change quickly. This leads to a frustrating user experience as individuals are left waiting for their transaction to become confirmed.

Miners want to include the highest gas prices since they maximise their profits this way. Blocks are added to Ethereum chain every 15 seconds on average, but there is a limit on the size of these blocks. The congestion is made even worse if the Ethereum blocks are full, since no matter what fee you pay it will not be confirmed until a later Ethereum block and other users may bid even higher to get their transaction confirmed, worsening the problem.

But there’s another issue: interactions with smart contracts carry higher gas costs compared to simple transactions. That means when Ethereum fees are rising, this may price people out from participating in decentralised applications like DeFi or Non-Fungible Tokens (NFTs). While DeFi is innovative and promising, many of the people who need access to financial services will not have enough ETH to pay the fees. 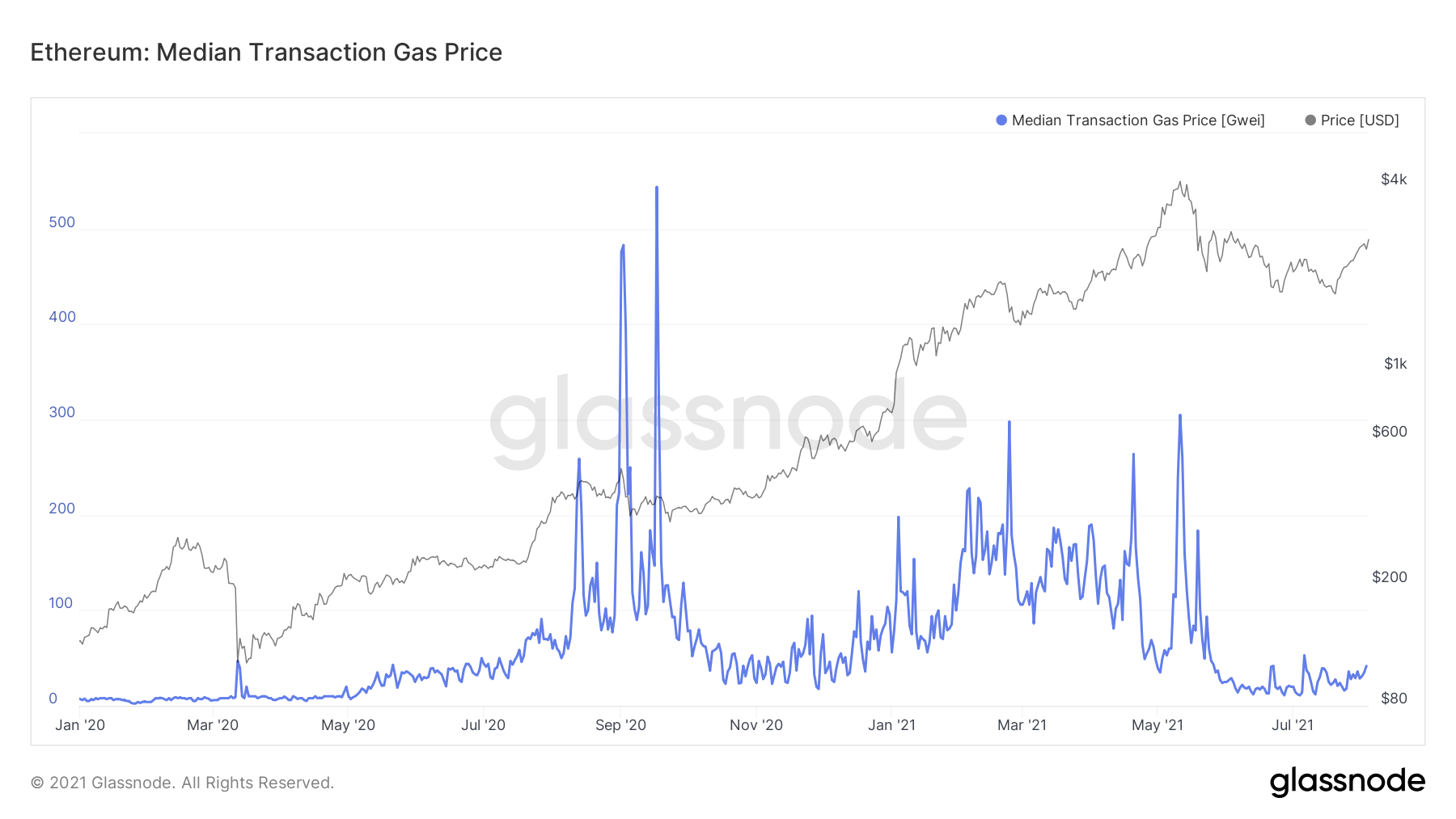 Gas prices can vary from block to block significantly and there are a few ways to estimate the gas price if you need your transaction confirmed quickly. However, unforeseen events or sudden changes in the Ethereum markets could invalidate these estimations.

How Does EIP-1559 Address the Congestion Problem?

The EIP-1559 upgrade will make it easier for users to set the appropriate fee to get their transaction confirmed in a timely manner by introducing a ‘base fee’.

The base fee is set algorithmically depending on the activity on the Ethereum network and there’ll be no more auction-style system for transaction fees. The activation of EIP-1559 will make it easier for users who want to transact ETH as they’ll either pay the base fee or wait until it becomes cheaper.

Once blocks are less than 50% full, the base fee will fall and make transactions cheaper again. By introducing this extra flexibility, Ethereum will be in a better position to handle the demand for transactions and we should see shorter waiting times.

Since the base fee will be set directly by the protocol, this will reduce the reliance of Ethereum wallets on transaction fee estimations. Therefore, wallets can provide a clearer outlook for transaction fees to users and help to prevent them from overpaying for gas fees.

With less volatility in transaction fees it becomes a lot easier for the average person to use ETH as a transaction currency to pay for something, or to participate in DeFi to get a yield on stablecoins, or even to buy/mint Non-Fungible Tokens.

Users can opt to send a miner a 'tip' (or 'priority fee') on top of the base fee to have their transaction processed sooner instead. So EIP-1559 and the base fee mechanism is not meant to reduce fees (which is the aim of Layer 2 scaling solutions and the transition to Ethereum 2.0). Instead, these changes make fees more predictable. With transaction fees burned as opposed to being paid to the miners, it reduces their ability to maintain high fees and also has another positive side effect on the scarcity of ETH.

How Will EIP-1559 Impact the Price of Ether?

Not only will users have a smoother experience sending ETH or interacting with smart contracts, but investors in the cryptocurrency are also excited by EIP-1559.

The base fee for all transactions is paid in ETH and they will be ‘burned’ - meaning that these coins will be permanently removed from the circulating supply. According to estimates from Ethereum Foundation researcher Justin Drake, the number of ETH burned each day after the activation of EIP-1559 ranges between 3,000 ETH and 6,000 ETH.

The reduction in the circulating supply through the fee burn could also boost the price of Ether over time.

If the growth in the supply of ETH slows down and there's a rising demand due to Ethereum's position as the top smart contract chain, then the price should gradually rise to reflect the scarcity of ETH. If the demand to use Ethereum’s Dapps continues to grow and increases fees, then the supply of Ether may even become deflationary.

Bet on the price to go up or down and trade Ethereum's ETH with up to x1000 leverage!

While EIP-1559 is seen in a positive light by Ethereum investors and users, this upgrade has been controversial to a particular part of the ecosystem: miners (although not all miners are against EIP-1559).

The burning of ETH as part of the base fee mechanism means that miner revenue is going to take a big hit, with the graphic below showing how the situation changes for miners. Effectively, the largest source of revenue for Ethereum miners (transaction fees) will disappear.

Many miners/mining pools voiced their opposition to the EIP-1559 proposal during the early stages. Some miners even put forward a counter-proposal (known as EIP-3368) to increase the block reward as compensation for the reduction in miner revenue due to EIP-1559. However, EIP-3368 has not reached consensus and will not be part of the London hard fork.

In summary, EIP-1559 is a radical change to Ethereum's fee market and the supply dynamics of the native token, but it will likely take time to impact the market. It's also uncertain how much ETH will be burned because it depends on the transaction volume after the protocol upgrade. But it will be interesting to see the upgrade in action and how far it goes in improving the user experience of Ethereum.

What do you think about EIP-1559? How do you think it will affect the price of Ether? Let us know via Discord or on Twitter. 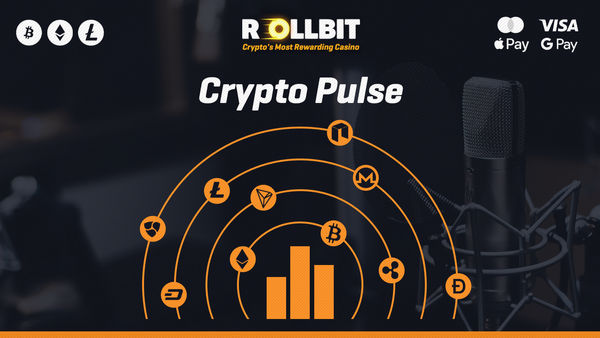 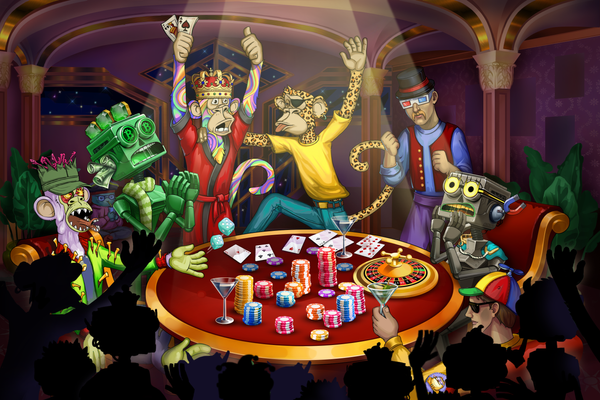